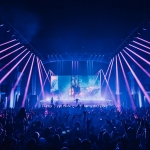 Show and lighting designer Sam Tozer asked me to join him in on the Wilkinson Live Brixton academy show for 2020 as lighting, video and laser programmer.

Ozuna kicked off his Nibiru world tour with a bang. A stadium sized show held at the Estadio Olimpico in Santo Domingo, Dominican Republic to a full audience. 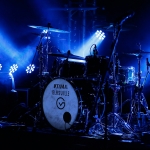 After a 2 year hiatus, Glasville (a tribute to the music from the show 'Nashville') return to the Classic Grand with old hits and some original new music. 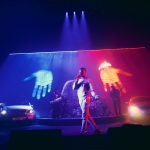 J Hus toured around UK Venues with his Common Sense Tour LD Sam Tozer tasked me with lighting programming and looking after the show on the road. 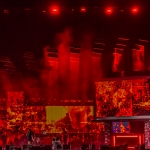 Grime collective BBK (Boy Better Know) took over London's The O2 for an event like no other. The main arena showcased Mabel, J Hus, Tim Westwood before their very own performance which featured guests Drake, Giggs and Lethal Bizzle. 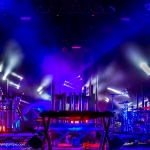 Hudson Mohawke took off on tour to promote the release of his Lantern album with a lighting rig designed by the Swedish LD Tobias G Rylander.

I would like to thank the following people who I have worked with at some point in my career:
The Arches, Blue Parrot, Bryte Design, Christie Lites, Colour Sound Experiment, Flashlite Techincal Services, The Classic Grand, MM Sound & Lighting, Music for Scotland, Sam Tozer, Shaun Murphy, Tim Routledge, Tobias Rylander

Any cookies that may not be particularly necessary for the website to function and is used specifically to collect user personal data via analytics, ads, other embedded contents are termed as non-necessary cookies. It is mandatory to procure user consent prior to running these cookies on your website.