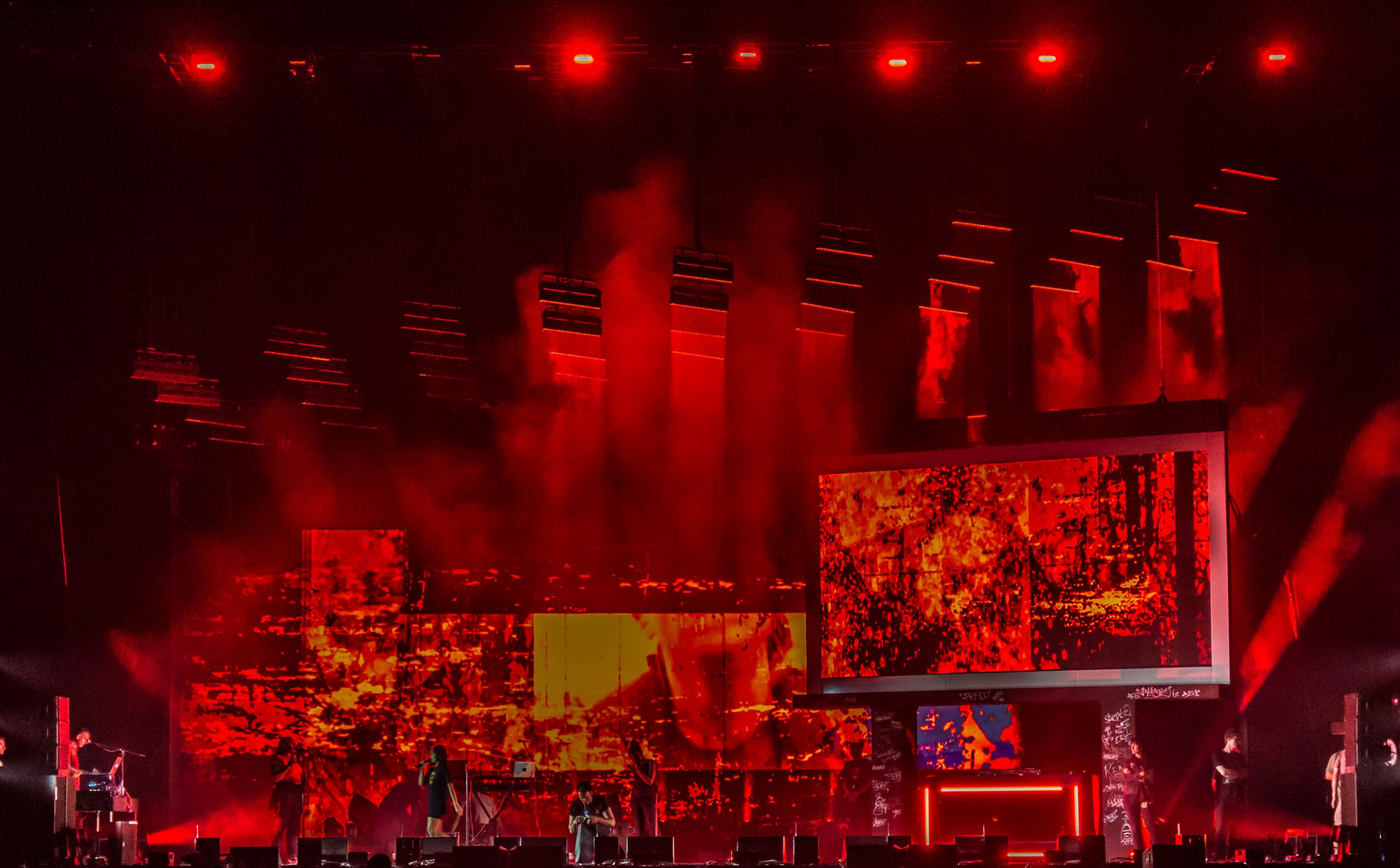 The BBK O2 Takeover was an event like no other ever to come to London’s The O2.

Firstly, not only did they take over the main arena, but they also had things happening in many spaces around the venue. Multiple stages, skate park and 5-a-side football pitch created by Nike.

The Main Arena featured performances from J Hus, Mabel, Tim Westwood, Chip and MHD all before a massive performance from the BBK collective of Skepta, JME, Wiley, Jammer, Shorty, Frisco and their guests Drake, Lethal Bizzle and Giggs.

Lighting design for the main stage was created by Vision Factory’s Sam Tozer. Sam created a sloping roof over the stage created using GLP’s Impression X4 Bars. Very different from the standard lighting rig you would usually see at events of this scale.

To complement the abstract video content by Spencer Heron Sam relied heavily on both back and side light to light the artist as well as wide gobo looks to silhouette the artists and add a 3rd dimension into the crowd.

With the style of music and show Sam chose to use solaris flares for their ability to separate sections of strobe to allow for various different effects, bumps and hits to flow with the music.

I had to come up with a control system the would fit the multiple needs of the show as it was used to control both the lighting and the main outputs to all the screens used for the show. Of course I choose to stick with the familiar GrandMA2 series from MA Lighting and created a 4 console setup for running the show. This allowed for all 3 operators to have their own console as well as an online backup console able to take-over the job of any other console at a moments notice should anything go wrong.

The console/operators were split up as follows, 1 GrandMA2 full-size console for Sam himself looking after the main lighting. A GrandMA2 light console for the video operator controlling his D3/Discuise severs which were receiving inputs from the camera director and Spencer’s Resolume setup as well as processing the notch effects. I had the 3rd console, another full-size for balancing light levels and resetting fixtures as necessary as well as running various macros which were crucial for keeping elements of the show in sync. Lastly, we had a GrandMA2 full-size console as a backup.

The show was designed to be run live, with no timecode as not only was the setlist subject to change order, but it also allowed the show to feel more real. So we gave each song a starting look following with the video content and appropriate effects, bumps, hits and looks designed to follow the melody/beat of the song.

Sam and I choose to use the GrandMA2 VPU (Video Processing Unit) to pixel map content onto the X4 bars and solaris flares for some songs throughout the show, this allowed us the ability to take some of Spencers content and place this directly onto the fixtures for perfect synchronisation between elements for the show.