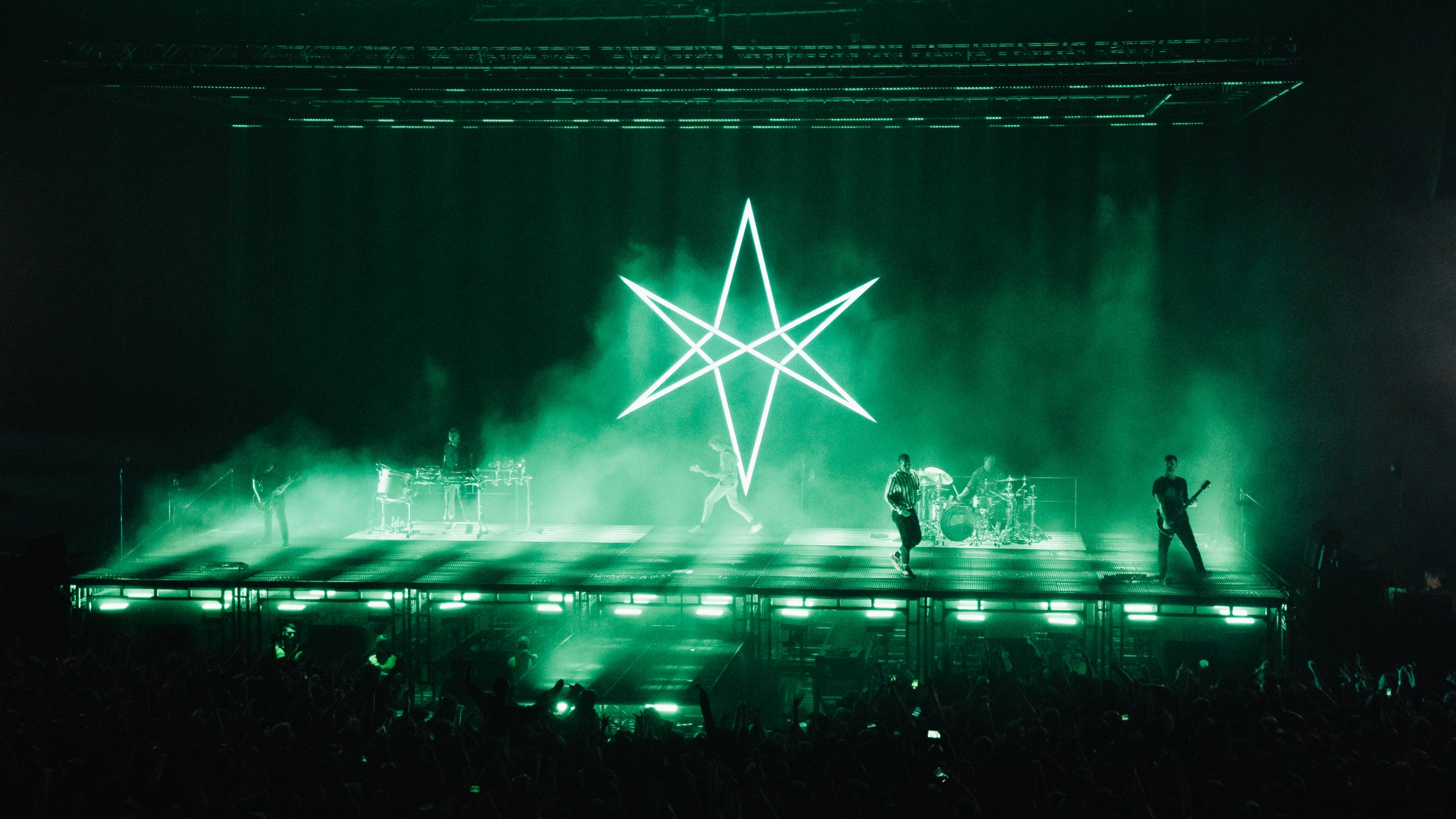 Lighting designer Sam Tozer of Vision Factory tasked me with bring his vision for the Bring Me The Horizon ‘First Love’ tour to reality.

The creative team (Rob Highcroft, Ollie Hutch & Sam Tozer) came up with something very different from what you would usually see on tours these days. Missing was the back LED screen you would usually on most stages these day which meant all looks had to come solely from use of the lighting rig and creative programming.

Photos:
David Stewart, Get Some Magazine

The design made heavy use of GLP Lighting’s JDC-1 hybrid strobes as well as their Impression X4 Bar 20 as the main workhorses of the show.

The X4 Bar’s were used to create 2 rectangle truss halo’s over the top of the stage, one inside of the other. These were automated using Kinesys which allowed for some interesting movement and to further create different looks in combination with the programming.

The JDC-1’s were interestingly placed under the stage floor (stage floor was heavily grated) which allowed the strobes to shine through and uplight the stage.

Of course I had absolutely no hesitation when deciding to use the GrandMA2 control platform from MA Lighting. I chose to use creative programming as well as making use of the GrandMA2 VPU (Video Processing Unit) for sending video content directly onto the fixtures. This gave us the ability to make some very interesting effects by superimposing water/fire over a background glow on the fixtures for the appropriate songs.